Laugh it Off!: The Conduit Comedy Club! December 7th

Laugh it Off!: The Conduit Comedy Club! December 7th

We all know that laughter is the best form of medicine. Cocktails help too. So, if you’re partial to either, you really don’t want to miss The Conduit’s Comedy Night – Laugh it Off!

The event will slip seamlessly into a live DJ set. With our cracking cocktails and move-busting beats, let’s make a night of it!

We all know that laughter is the best form of medicine. Cocktails help too. So, if you’re partial to either, you really don’t want to miss The Conduit’s Comedy Night – Laugh it Off!

The event will slip seamlessly into a live DJ set. With our cracking cocktails and move-busting beats, let’s make a night of it!

Presented in collaboration with Expert Impact 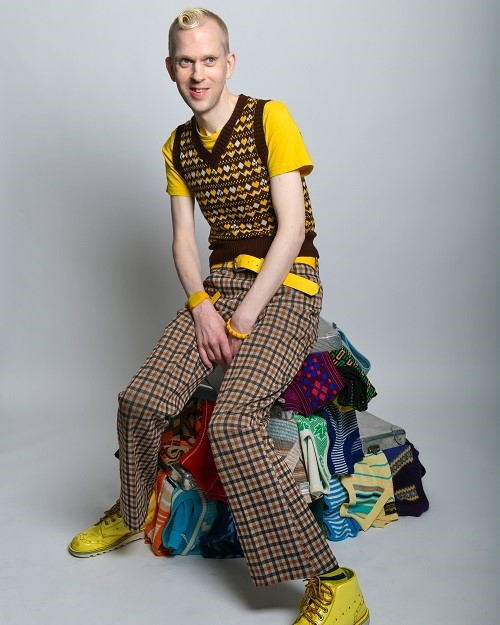 Headliner: Robert White
Robert White is the only gay, Aspergic, quarter-Welsh comic on the British comedy scene. Known for his brilliant timing and performance style, Robert’s chaotic stage presence, improvisational skills and delivery won him the 2010 Malcolm Hardy Award for Comic Originality. And in the same year, he wrote one of Dave’s Top Ten Jokes of The Fringe. He is arguably best known as coming second in ITV’s highest rated show, Britain’s Got Talent, in 2018, but has been a regular at the Edinburgh Festival Fringe since 2010, his shows regularly impress critics and audiences alike. Robert brought his brilliant comedy-opera InstruMENTAL to Edinburgh in 2017, astounding audiences with the show’s hilarious lyricism and musical ingenuity. Due to huge demand to return after the BGT finals in 2018, he performed for just three nights in Edinburgh with his show ‘Robert White and his Particularly Silly Organ’ at the Pleasance. 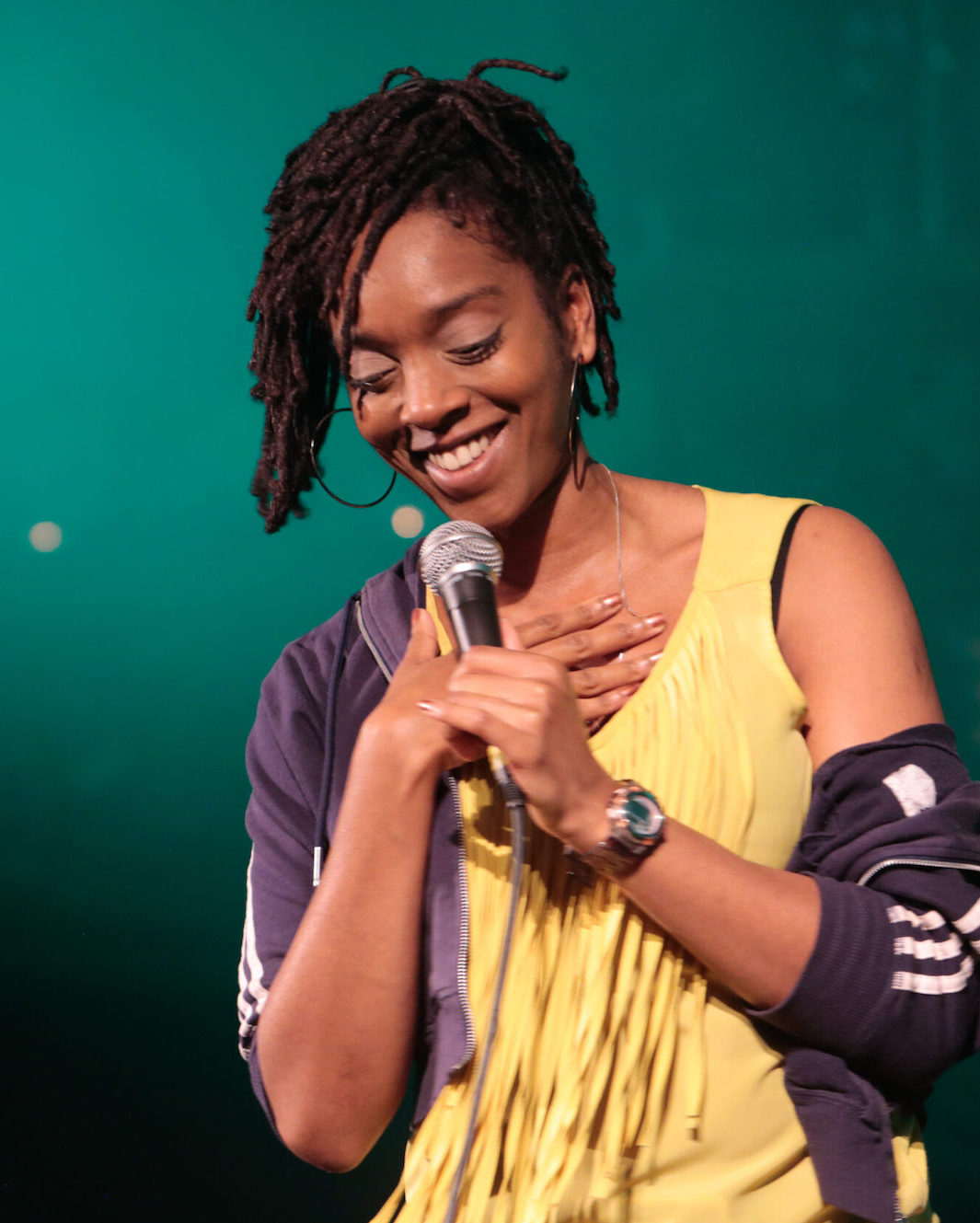 MC: Athena Kugblenu
Athena is one of those rare souls that can make you gasp, laugh out loud, and think about something on a deeper level all at the same time. Making the bold leap to leave her career as a project manager to try her hand at stand up, Athena now makes regular appearances on the UK circuit and at comedy festivals. Her trademark style of story-telling; artfully creating tension and then cutting through it, often with something unexpectedly but hilariously ridiculous, has seen her stock rise rapidly. Garnering critical acclaim for her first two shows while still somewhat of a newcomer to the industry, Athena has been busy as a performer, panellist and writer for shows such as Mock the Week, Breaking the News, the Russell Howard Hour, Loose Ends and Horrible Histories, as well as hosting her own podcast, Keeping Athena Company. She has supported Daliso Chaponda, Nish Kumar, and Fern Brady on tour. 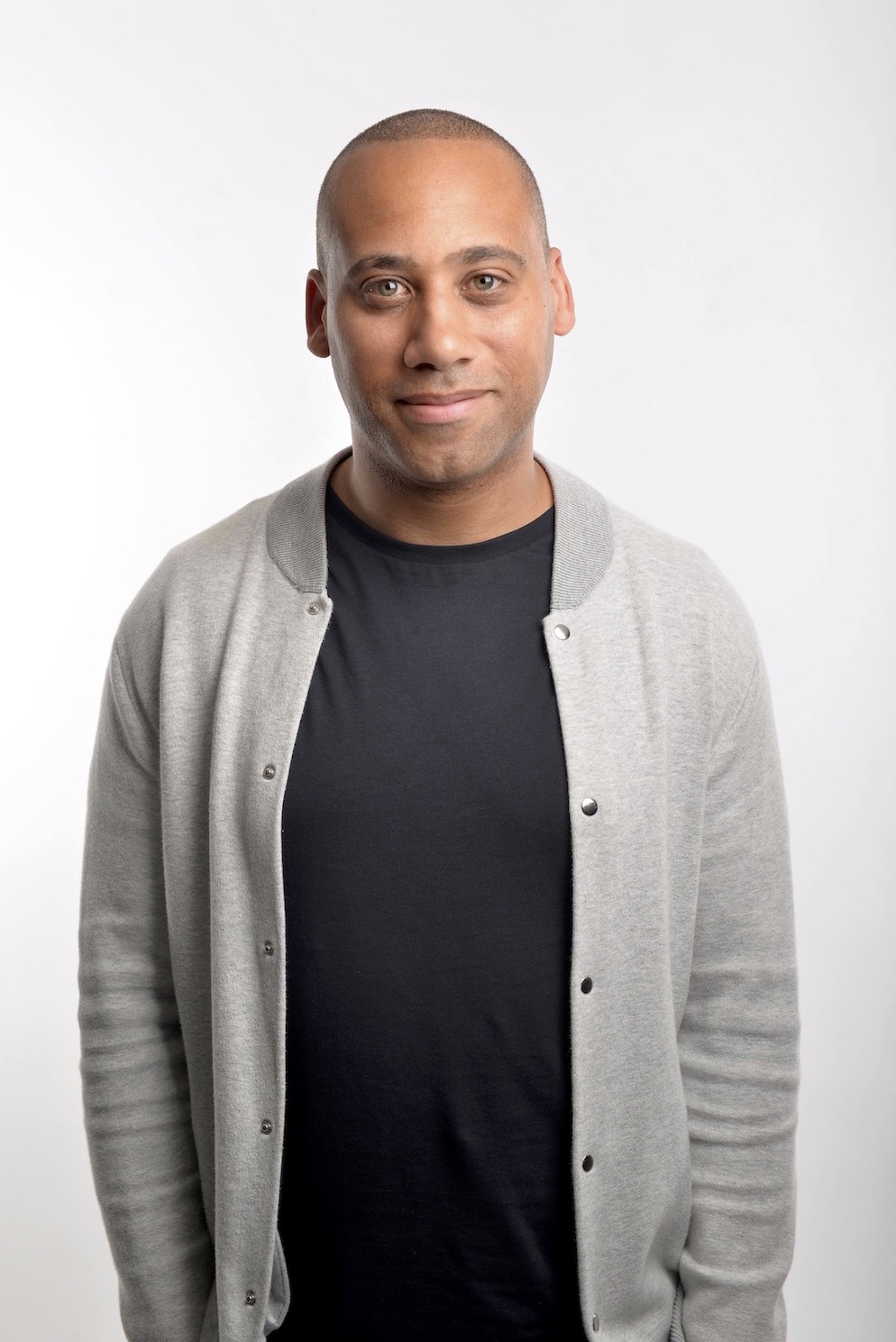 Leroy Brito
A regular on the comedy circuit throughout the UK, Leroy has had a busy 2020/21. He starred as a guest in the third series of BBC Wales’ Six Nations Sin Bin alongside Gabby Logan and Gareth Williams. It was a great success and featured a bunch of other comedians such as Kiri-Pritchard-Mclean.

We all know that laughter is the best form of medicine. Cocktails help too. So, if you’re partial to either, you really don’t want to miss The Conduit’s Comedy Night – Laugh it Off! The event will slip seamlessly into a live DJ set. With our cracking cocktails and move-busting beats, let’s make a night of it!
END_OF_DOCUMENT_TOKEN_TO_BE_REPLACED
https://www.theconduit.com/wp-content/uploads/2022/11/comedy.jpeg 401 601 Programme Team https://www.theconduit.com/wp-content/uploads/2021/05/TheConduit_MasterLogo.svg Programme Team2021-02-03 12:45:082022-12-02 10:51:16Laugh it Off!: The Conduit Comedy Club! December 7th

Nouriel Roubini was dubbed ‘Dr Doom’ when he predicted the 2008 crash. In conversation with Paul van Zyl, the former White House economic advisor will share a frightening glimpse into the world’s future. Today, we are heading towards a Great Stagflation that will make the 1970s look moderate. There is a slight chance we can avoid it if we come to our senses – but we must act now. Nouriel Roubini joins us to reveal threats to our collective future ‘as scary as they are plausible’ (Martin Wolf).
END_OF_DOCUMENT_TOKEN_TO_BE_REPLACED
https://www.theconduit.com/wp-content/uploads/2022/11/nourielroubiniwebsite1536x864.jpeg 864 1536 Programme Team https://www.theconduit.com/wp-content/uploads/2021/05/TheConduit_MasterLogo.svg Programme Team2021-02-18 10:24:462022-11-18 10:29:42Megathreats – How to Survive the Ten Trends that Imperil Our Future

Athina Gordon creates books that empower children by celebrating the things that make them different. Her debut storybook, Just Like You, teaches little ones to understand the beauty of equality, and her colouring book allows young children to express themselves and appreciate different cultures. Join us for a storytelling session with Athina, followed by a workshop for kids to explore different cultures and the diversity of Christmas celebrations across the world. We will also be making Christmas cards that represent those cultures we explored, or the children have the opportunity to make Christmas cards based on their own culture using arts and crafts.
END_OF_DOCUMENT_TOKEN_TO_BE_REPLACED
https://www.theconduit.com/wp-content/uploads/2022/10/Book-Template-4.jpg 500 750 Programme Team https://www.theconduit.com/wp-content/uploads/2021/05/TheConduit_MasterLogo.svg Programme Team2021-02-20 11:20:012022-11-28 15:23:12Kids Christmas Storytelling and Cardmaking Workshop, December 10th

What’s the purpose of charity and philanthropy in Britain today? And who does it really serve? Join us for a frank conversation with Derek Bardowell around his acclaimed new book, Giving Back: How to Do Good, Better, as we investigate the relevance of charity and philanthropy, its foundations in power and control, and how we can ensure it doesn’t exclude radical, transformative and minoritised expertise. Moderated by Conduit Impact Champion Lily Lewis, the session will explore how we can reimagine charity and philanthropy in the broadest sense and its potential as a catalyst for reparations. “Solidarity is not an act of charity, but mutual aid between forces fighting for the same objective.” - Samora Machel
END_OF_DOCUMENT_TOKEN_TO_BE_REPLACED
https://www.theconduit.com/wp-content/uploads/2022/11/derek-book.jpg 928 1381 Programme Team https://www.theconduit.com/wp-content/uploads/2021/05/TheConduit_MasterLogo.svg Programme Team2021-02-03 11:50:502022-11-07 10:43:03From Philanthropy to Solidarity: Doing Good, Better …

Calling all Eggheads and Masterminds, introducing The Conduit Quiz Night! Round up your smartest friends, summon the spirit of Jeremy Paxman and get ready for a trial by trivia. The winning team will be rewarded with a round of drinks on the house, as well as getting to decide which charity will receive the night’s proceeds.
END_OF_DOCUMENT_TOKEN_TO_BE_REPLACED
https://www.theconduit.com/wp-content/uploads/2022/11/Resource.jpeg 375 450 Programme Team https://www.theconduit.com/wp-content/uploads/2021/05/TheConduit_MasterLogo.svg Programme Team2021-02-24 10:09:532022-11-28 15:16:09Let’s Get Quizzical, December 13th

In 2020, the murder of George Floyd was a catalyst for the five Sports Councils responsible for investing in and growing sport across the UK, to come together to explore racial inequalities in sport. Their findings were clear - racism is prevalent in UK sport, as it is internationally. Against the backdrop of the 2022 World Cup in Qatar and upcoming parliamentary hearings on racism in cricket, join us as we explore the ongoing reality of discrimination in sport and the most effective strategies for tackling it – legally, societally and systemically. Presented in partnership with DLA Piper and in collaboration with Show Racism the Red Card and On Front Line. More speakers to be confirmed.
END_OF_DOCUMENT_TOKEN_TO_BE_REPLACED
https://www.theconduit.com/wp-content/uploads/2021/02/racism_2.jpg 1125 2000 Programme Team https://www.theconduit.com/wp-content/uploads/2021/05/TheConduit_MasterLogo.svg Programme Team2021-02-07 12:37:252022-11-10 15:15:07Tackling Racism in Sport

We are excited to be hosting the On Purpose Winter Party at The Conduit. On Purpose is one of the largest social impact networks in London, made up of talented people who, through their one year selective Associate Programme, are trained to lead change in the world. Organised by some of On Purpose's current Associates, the event will be an opportunity to connect with people from across their community and hear from Tom Rippin, On Purpose Founder & CEO on how you build a successful, social enterprise from scratch and the fundamental transformation he believes our economy needs to go through.
END_OF_DOCUMENT_TOKEN_TO_BE_REPLACED
https://www.theconduit.com/wp-content/uploads/2021/02/On-Purpose-Winter-Party-2022-2.jpg 500 600 Programme Team https://www.theconduit.com/wp-content/uploads/2021/05/TheConduit_MasterLogo.svg Programme Team2021-02-15 14:25:462022-11-28 15:24:20On Purpose Winter Party, December 14th

Christmas in a candle… Join us for a seasonal dive into the world of candle making and immerse yourself in the feel good fragrances of the festive season. From the warmth of orange, cinnamon and tonka bean, to the grounding nature of cedarwood and frankincense, we will learn all about the different fragrance families and the aromatherapy benefits of essential oils. You will learn the techniques and tricks to making your own candle and discover the calming and relaxing rewards of immersing yourself in this sensory experience. Expect a natural calming effect and a beautiful candle to come away with.
END_OF_DOCUMENT_TOKEN_TO_BE_REPLACED
https://www.theconduit.com/wp-content/uploads/2022/10/image00004-8-1.jpeg 1412 1091 Programme Team https://www.theconduit.com/wp-content/uploads/2021/05/TheConduit_MasterLogo.svg Programme Team2021-02-21 13:21:242022-11-28 15:25:22Christmas Candle Making Workshop, December 16th