Can the UK Save Nature?

Can the UK Save Nature?

A panel discussion with Chair of Natural England, Tony Juniper CBE, alongside a panel of experts including Director of Land & Nature at the National Trust, Harry Bowell to explore how the UK can restore nature and protect biodiversity. In Partnership with the National Trust.

As one of the most nature-depleted countries in the world, the UK has reached a critical juncture in its protection of biodiversity and the natural world.

Habitats have been lost or degraded, with a quarter of mammals in England and almost a fifth of UK plants threatened with extinction.

To reverse this, some of the biggest organisations and businesses in the country gathered for the first time in July to form the Nature Recovery Network, mapping out how they can work together to tackle nature’s decline and protect biodiversity across the nation.

But despite such hopeful action, the UK government recently announced the introduction of 38 investment zones where planning rules will be loosened; triggering many environmental charities to declare a full-scale ‘attack on nature’.

We held  a special panel discussion with Chair of Natural England, Tony Juniper CBE, alongside a panel of experts including Director of Land & Nature at the National Trust, Harry Bowell to explore this urgent issue, and what we need to do to protect nature and restore biodiversity across the UK.

Presented in partnership with the National Trust.

Tony Juniper CBE is Chair of Natural England. He was previously Executive Director for Advocacy and Campaigns at WWF-UK, a Fellow with the University of Cambridge Institute for Sustainability Leadership, President of the Wildlife Trusts and Special Advisor with The Prince of Wales’s International Sustainability Unit. His bestselling books include What has nature ever done for us? (2013), The Ladybird Guide to Climate Change (2017) and Rainforest (2018). Raised in Oxford, Juniper attended Bristol University, taking a joint honours BSc in psychology and zoology in 1983, followed by a master’s degree in conservation from University College, London in 1988.

Harry Bowell is Director of Land & Nature at the National Trust, accountable for developing and implementing strategies to restore a healthy and beautiful natural environment across the Trust’s landholdings, some 250,000 ha and 780 miles of coast. From 2000 to 2009 he was Regional Reserves Manager for RSPB, with responsibility for the nature reserve operation which spans from the Peak District to Scotland. Before that, Harry led Norfolk Wildlife Trust’s nature reserve team for 13 years. He studied Environmental Science at UEA. He feels immense privilege to be looking after so much of the UK’s nature, culture and history, on behalf of the people of England, Wales and Northern Ireland. 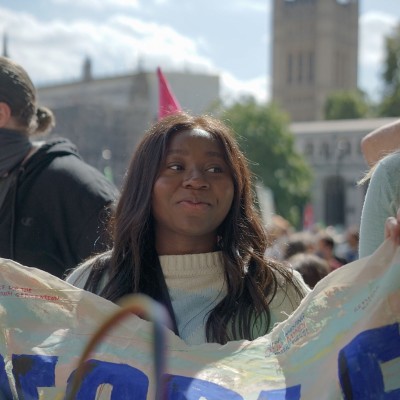 Daze Aghaji is a London based Youth Climate Justice Activist who centres on Regenerative Cultures, Intersectionality, Radical Social Justice and Youth Political Engagement in her work. Described by The Guardian as “a ball of energy, conviction and warmth”, Daze’s advocacy for racial systemic change has led her to work with many leading charities, institutions, governments and grassroots change-makers globally. In 2019, she became the youngest candidate to stand in a European Parliamentary election and ran under the banner of a Climate and Ecological Emergency Independent to bring awareness to the need for political will in addressing the climate crisis. She has strong ties with the climate movement Extinction Rebellion since its early days and she was a founding member of the movement’s youth branch. Daze is currently a Creative Director at Earthrise Studio, a creative agency dedicated to communicating the climate crisis as well as an Artist in Residence at Phytology, the Bethnal Green Nature Reserve. Daze’s work is rooted in deep love, duty and care for all life; she continues to passionately organises with many grassroots campaigns and organisations. 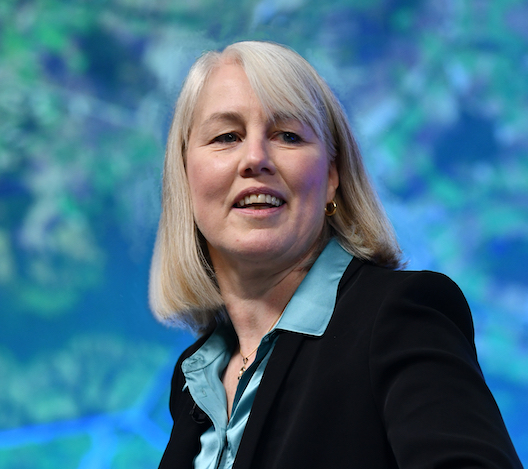 Gabrielle Walker, Founder and Director of Valence Solutions, is an expert strategist, speaker and moderator focused on unleashing capitalism on climate change. Gabrielle is a TED speaker and works with global companies at boardroom-level, analysing emerging trends, challenging conventional thinking and driving meaningful action. Through its partnership with the UNFCCC High Level Champions for Climate Action, Valence Solutions participated in many COP26 events in Glasgow and launched Rethinking Removals, a carbon removals industry accelerator. Gabrielle gives keynote addresses to corporate audiences around the world and is an accomplished moderator of high-level debates. She has presented many BBC TV and radio programmes, was Climate Change Editor at Nature and Features Editor at New Scientist, has written extensively for many international newspapers and magazines including the FT, the Wall Street Journal and the New York Times, and has authored four books. She earned her PhD at Cambridge University and has taught at both Cambridge and Princeton. www.gabriellewalker.com  www.valencesolutions.org  www.rethinkingremovals.org

Please note that by registering for this event your name and email address will be shared with the National Trust so that they can contact you by email with more information about their climate and nature work.

We all know that laughter is the best form of medicine. Cocktails help too. So, if you’re partial to either, you really don’t want to miss The Conduit’s Comedy Night – Laugh it Off! The event will slip seamlessly into a live DJ set. With our cracking cocktails and move-busting beats, let’s make a night of it!
END_OF_DOCUMENT_TOKEN_TO_BE_REPLACED
https://www.theconduit.com/wp-content/uploads/2022/11/comedy.jpeg 401 601 Programme Team https://www.theconduit.com/wp-content/uploads/2021/05/TheConduit_MasterLogo.svg Programme Team2021-02-03 12:45:082022-12-02 10:51:16Laugh it Off!: The Conduit Comedy Club! December 7th

Nouriel Roubini was dubbed ‘Dr Doom’ when he predicted the 2008 crash. In conversation with Paul van Zyl, the former White House economic advisor will share a frightening glimpse into the world’s future. Today, we are heading towards a Great Stagflation that will make the 1970s look moderate. There is a slight chance we can avoid it if we come to our senses – but we must act now. Nouriel Roubini joins us to reveal threats to our collective future ‘as scary as they are plausible’ (Martin Wolf).
END_OF_DOCUMENT_TOKEN_TO_BE_REPLACED
https://www.theconduit.com/wp-content/uploads/2022/11/nourielroubiniwebsite1536x864.jpeg 864 1536 Programme Team https://www.theconduit.com/wp-content/uploads/2021/05/TheConduit_MasterLogo.svg Programme Team2021-02-18 10:24:462022-11-18 10:29:42Megathreats – How to Survive the Ten Trends that Imperil Our Future

Athina Gordon creates books that empower children by celebrating the things that make them different. Her debut storybook, Just Like You, teaches little ones to understand the beauty of equality, and her colouring book allows young children to express themselves and appreciate different cultures. Join us for a storytelling session with Athina, followed by a workshop for kids to explore different cultures and the diversity of Christmas celebrations across the world. We will also be making Christmas cards that represent those cultures we explored, or the children have the opportunity to make Christmas cards based on their own culture using arts and crafts.
END_OF_DOCUMENT_TOKEN_TO_BE_REPLACED
https://www.theconduit.com/wp-content/uploads/2022/10/Book-Template-4.jpg 500 750 Programme Team https://www.theconduit.com/wp-content/uploads/2021/05/TheConduit_MasterLogo.svg Programme Team2021-02-20 11:20:012022-11-28 15:23:12Kids Christmas Storytelling and Cardmaking Workshop, December 10th

What’s the purpose of charity and philanthropy in Britain today? And who does it really serve? Join us for a frank conversation with Derek Bardowell around his acclaimed new book, Giving Back: How to Do Good, Better, as we investigate the relevance of charity and philanthropy, its foundations in power and control, and how we can ensure it doesn’t exclude radical, transformative and minoritised expertise. Moderated by Conduit Impact Champion Lily Lewis, the session will explore how we can reimagine charity and philanthropy in the broadest sense and its potential as a catalyst for reparations. “Solidarity is not an act of charity, but mutual aid between forces fighting for the same objective.” - Samora Machel
END_OF_DOCUMENT_TOKEN_TO_BE_REPLACED
https://www.theconduit.com/wp-content/uploads/2022/11/derek-book.jpg 928 1381 Programme Team https://www.theconduit.com/wp-content/uploads/2021/05/TheConduit_MasterLogo.svg Programme Team2021-02-03 11:50:502022-11-07 10:43:03From Philanthropy to Solidarity: Doing Good, Better …

Calling all Eggheads and Masterminds, introducing The Conduit Quiz Night! Round up your smartest friends, summon the spirit of Jeremy Paxman and get ready for a trial by trivia. The winning team will be rewarded with a round of drinks on the house, as well as getting to decide which charity will receive the night’s proceeds.
END_OF_DOCUMENT_TOKEN_TO_BE_REPLACED
https://www.theconduit.com/wp-content/uploads/2022/11/Resource.jpeg 375 450 Programme Team https://www.theconduit.com/wp-content/uploads/2021/05/TheConduit_MasterLogo.svg Programme Team2021-02-24 10:09:532022-11-28 15:16:09Let’s Get Quizzical, December 13th

In 2020, the murder of George Floyd was a catalyst for the five Sports Councils responsible for investing in and growing sport across the UK, to come together to explore racial inequalities in sport. Their findings were clear - racism is prevalent in UK sport, as it is internationally. Against the backdrop of the 2022 World Cup in Qatar and upcoming parliamentary hearings on racism in cricket, join us as we explore the ongoing reality of discrimination in sport and the most effective strategies for tackling it – legally, societally and systemically. Presented in partnership with DLA Piper and in collaboration with Show Racism the Red Card and On Front Line. More speakers to be confirmed.
END_OF_DOCUMENT_TOKEN_TO_BE_REPLACED
https://www.theconduit.com/wp-content/uploads/2021/02/racism_2.jpg 1125 2000 Programme Team https://www.theconduit.com/wp-content/uploads/2021/05/TheConduit_MasterLogo.svg Programme Team2021-02-07 12:37:252022-11-10 15:15:07Tackling Racism in Sport

We are excited to be hosting the On Purpose Winter Party at The Conduit. On Purpose is one of the largest social impact networks in London, made up of talented people who, through their one year selective Associate Programme, are trained to lead change in the world. Organised by some of On Purpose's current Associates, the event will be an opportunity to connect with people from across their community and hear from Tom Rippin, On Purpose Founder & CEO on how you build a successful, social enterprise from scratch and the fundamental transformation he believes our economy needs to go through.
END_OF_DOCUMENT_TOKEN_TO_BE_REPLACED
https://www.theconduit.com/wp-content/uploads/2021/02/On-Purpose-Winter-Party-2022-2.jpg 500 600 Programme Team https://www.theconduit.com/wp-content/uploads/2021/05/TheConduit_MasterLogo.svg Programme Team2021-02-15 14:25:462022-11-28 15:24:20On Purpose Winter Party, December 14th

Christmas in a candle… Join us for a seasonal dive into the world of candle making and immerse yourself in the feel good fragrances of the festive season. From the warmth of orange, cinnamon and tonka bean, to the grounding nature of cedarwood and frankincense, we will learn all about the different fragrance families and the aromatherapy benefits of essential oils. You will learn the techniques and tricks to making your own candle and discover the calming and relaxing rewards of immersing yourself in this sensory experience. Expect a natural calming effect and a beautiful candle to come away with.
END_OF_DOCUMENT_TOKEN_TO_BE_REPLACED
https://www.theconduit.com/wp-content/uploads/2022/10/image00004-8-1.jpeg 1412 1091 Programme Team https://www.theconduit.com/wp-content/uploads/2021/05/TheConduit_MasterLogo.svg Programme Team2021-02-21 13:21:242022-11-28 15:25:22Christmas Candle Making Workshop, December 16th