WHAT WE MUST LEARN FROM MAURITIUS’ WORST OIL SPILL DISASTER 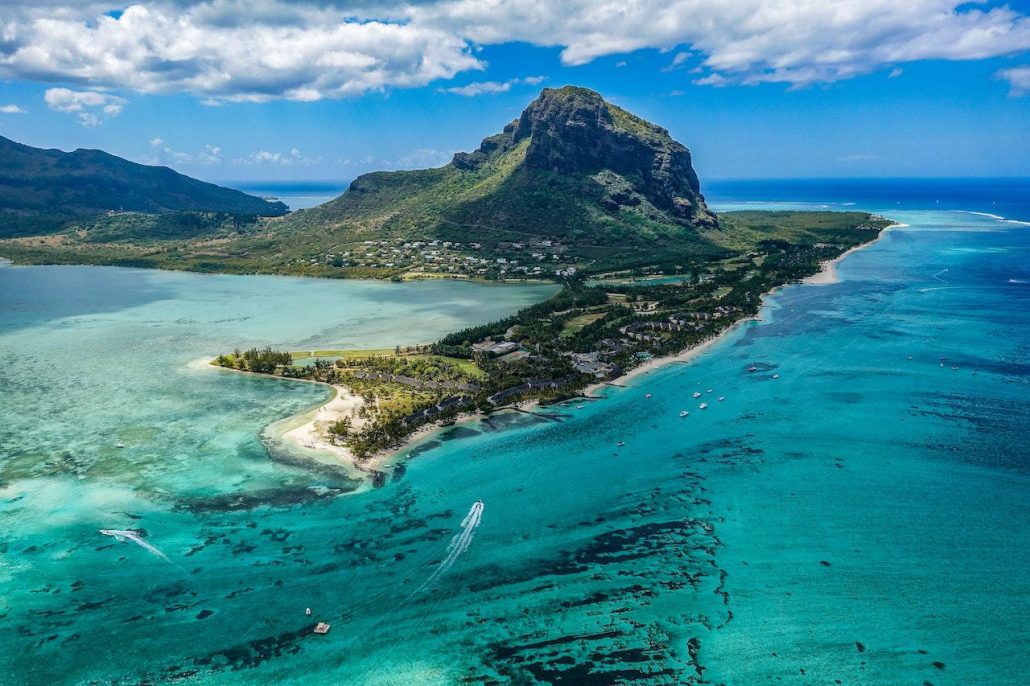 WHAT WE MUST LEARN FROM MAURITIUS’ WORST OIL SPILL DISASTER

“One of the most remarkable developments which came out of this tragic event were Mauritian people coming together to stop the oil spreading further in the lagoon. Organised by several well established local civil society organisations, local communities, tour operators and volunteers came from all over the island to help build booms from dried sugar cane leaves, straw and even hair, in order to prevent the oil from reaching the shore.”

Mauritius is currently experiencing its worst oil spill ever recorded following the grounding of the wide bulk Carrier ‘MV Wakashio’ on the 25th of July in the South-East part of the island. Twelve days later, fuel from the carrier started to leak into the reef lagoon causing the Mauritian government to declare a state of environmental emergency. This is a tragedy for the local fauna and flora, local communities and residents, and the economy which is already suffering from the impacts of COVID-19 lockdown.

However, Mauritius’ worst oil spill disaster has generated a set of key lessons that other ocean states and especially Small Island Development States (SIDS) in the region and globally need to acknowledge and consider in order to avoid similar events.

The oil from the ‘MV Wakashio’ spilt into one of Mauritius’ most pristine reef lagoon, which includes nature and fishing reserves, as well as the Blue Bay Marine Park, all of which are important biodiversity areas. The lagoon also includes a subtropical mangrove forest which provides habitat for diverse (and in some cases endangered) fauna and flora and contributes to the overall stability of the marine environment.

In addition to the oil floating on the surface, toxic compounds from the oil are dissolving and depositing on the seabed, mangrove roots, and seagrass, affecting food chains and impacting the local ecosystem as a whole – and potentially for years to come. 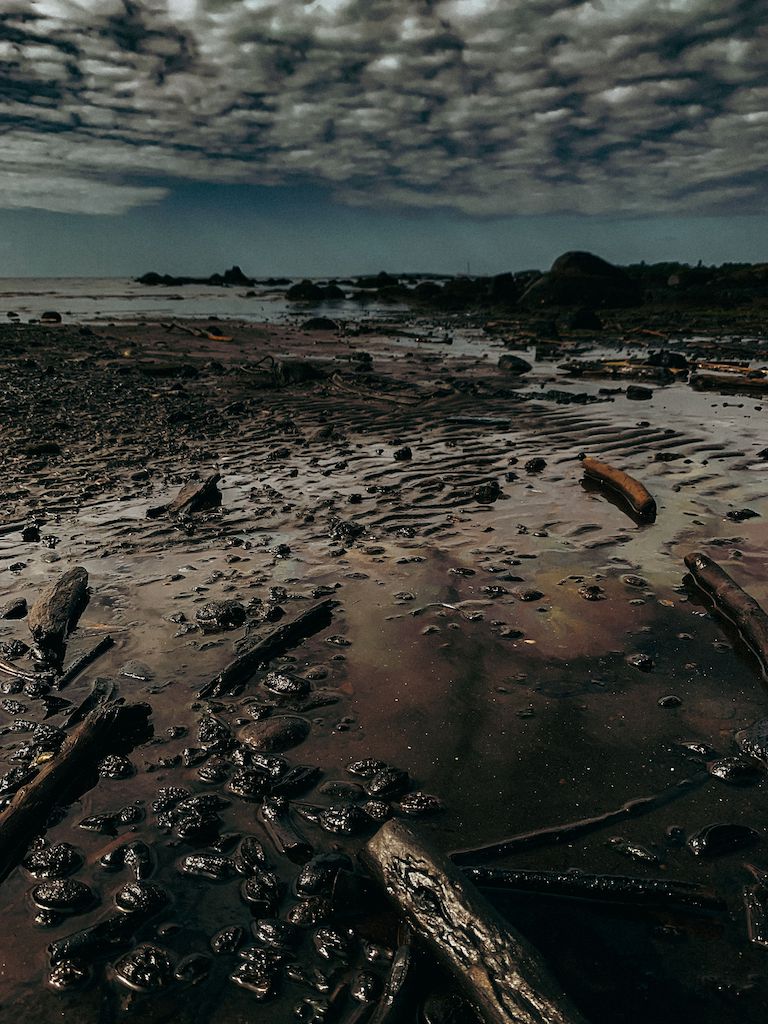 Local people stepping up to the challenge

One of the most remarkable developments which came out of this tragic event were Mauritian people coming together to stop the oil spreading further in the lagoon. Organised by several well established local civil society organisations, local communities, tour operators and volunteers came from all over the island to help build booms from dried sugar cane leaves, straw and even hair, in order to prevent the oil from reaching the shore.

Since the grounding of the ‘MV Wakashio’, it is clear that local civil society has had to step up and take the lead in order to mitigate this oil spill. They have had to fill a gap left by the authorities in taking preventive measures during the 12 days the vessel was grounded, and subsequently taking action during the spill to avoid further spread. 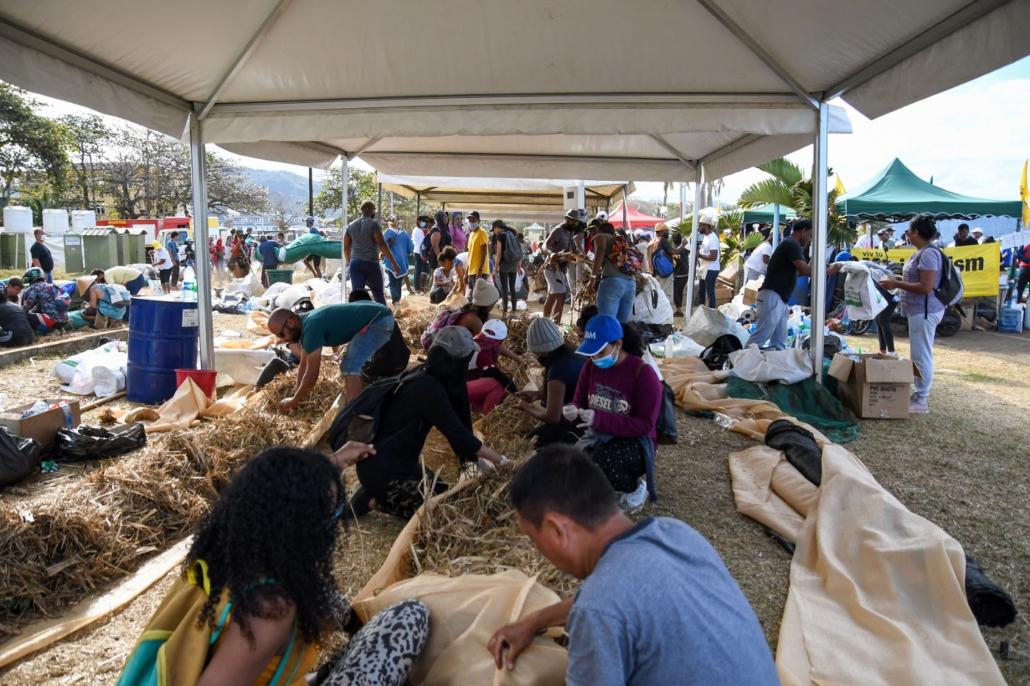 Being within range of one of the busiest shipping routes in the Indian Ocean connecting South East Asia and South Africa, Mauritius’ last oil spill contingency plan was developed 30 years ago, in 1990 with help from UNEP. Although that plan provides some key guidelines, it fails to take into account new regulations and technologies developed in the last 30 years, and is therefore too outdated to apply in this situation. With Mauritian NGOs and volunteers having to build and place booms in the lagoon, as well as the fact that Mauritius resorted to request international help to pump out the oil from the carrier, it is clear that Mauritius did not have the adequate arrangements and equipment to face this oil spill.

What can we learn from this?

This disaster speaks to a wider endemic problem faced by Mauritius and other ocean states when it comes to shipping and oil and gas in general. This includes a lack of implementation of international shipping standards, laws and regulations across the seas, as well as a loophole in the vessel registration system which allows shipping companies to register their vessels in foreign countries (like Panama in the case of the ‘MV Wakashio’) which does not allow for full accountability of the company. These factors allow high risk companies and vessels to continue operating, and thus posing a threat to ocean states and SIDS like Mauritius. As such, it speaks of a need for wider structural change, accountability and greater transparency. 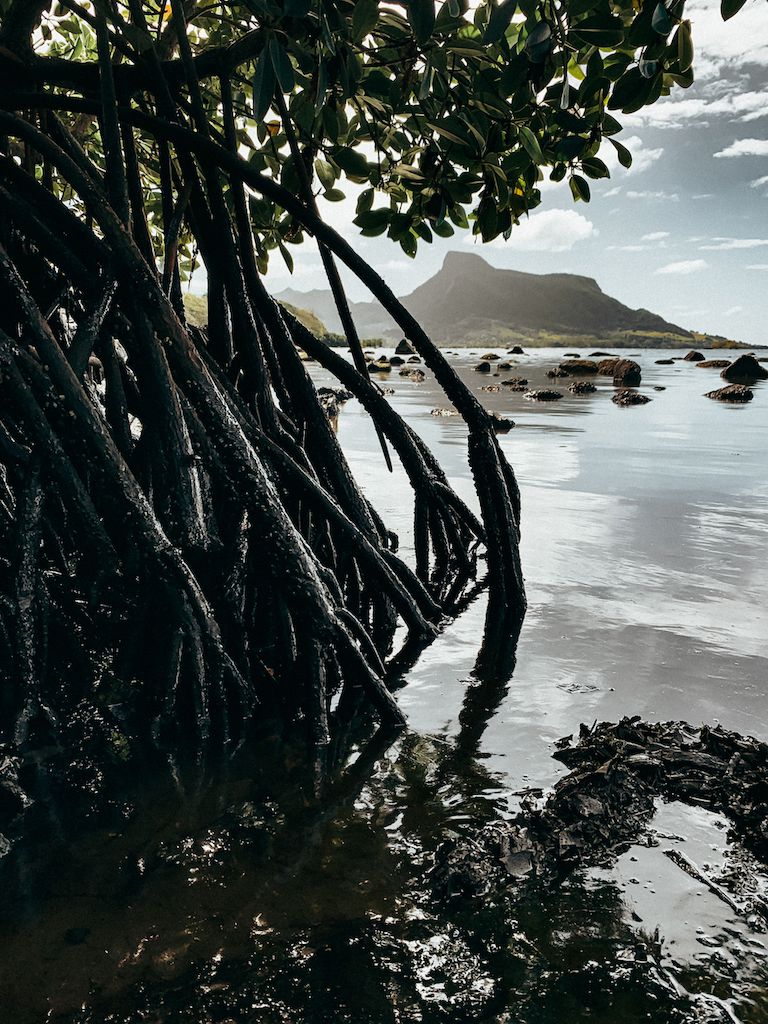 The following points are some of the key lessons and takeaways from this tragic event that ocean states should acknowledge and consider in order to avoid similar events in the future:

Lead international discussions on the implementation of International Maritime Organisation conventions relevant to shipping, transportation of oil, as well as a reform of vessel registration.

Promote regional approach to spatial planning, strategies and regulations that minimise the risks of marine disaster,

Adopt new technologies to track vessel movement and trajectory, in particular high-risk operators, before and upon entering National Exclusive Economic Zone (EEZ) (something which also benefits the fisheries sector)

Upgrade and update their oil spill contingency plan every 3 to 4 years so that it can be consistent with new regulations and new technologies.

Develop scenarios and models that forecast the extent of potential oil spills incidents and identify the level of risk exposure to environmentally sensitive areas in order to inform the oil contingency plan.

Build coastal ecosystem resilience by decreasing local pressure from activities such as destructive fishing or unsustainable tourism on coastlines.

Regulary train staff and volunteers in oil spill response, including deployment of booms, oil pumping operation and clean up, in order to ensure efficiency of the response as well as safety standards.

Integrate externalities from the shipping and oil and gas sectors into Blue Economy plans as a way to prepare mitigation measures.

Ensure that disposal of collected oil and toxic substances is also accounted for, and that restocking of equipment can be provided to the teams on the ground.

Ensure that there is an annual government budget to operate the oil spill contingency plan, train staff and volunteers and maintain equipment.

Ensure “polluters pay” principle by having the legal tools to drive oil and gas companies to compensate the direct and indirect impacts they cause.

Establish a country-wide environmental monitoring programme to provide long-term data and information about the state of the environment prior, during and after a potential oil spill.

The role played by local NGOs and volunteers in Mauritius was key in responding to the oil spill. Countries should include civil society organisations in the decision making process when it comes to preventing, preparing and responding to oil spills.

Looking to the future: moving away from fossil fuels

The reliance on fossil-fuel based technologies is devastating for the island, for the planet, for society, and for business. The risks in oil aggravate the climate crisis and threaten local livelihoods. This spill is in many ways an expected result of the path humanity has chosen. The situation would have been even worse if the ‘MV Wakashio’ had been with an oil tanker.

The reality is that the pain from this oil spill will be felt not just for months or years – but for decades. On the other hand, the shipping construction technology has evolved to the use of renewable energy technologies such as wind and sun and even hybrid models. This could revolutionise the industry – but for how long will we keep using fossil fuels?

Due to the nature of oil spills, it is impossible to predict for how long after a spill the economic impacts will persist. The spill’s impact on the marine environment, human health, tourism and livelihoods will be significant. Where tourism and fisheries are concerned, the consequences will also be longlived due to the effects of negative publicity and persisting public perceptions. However, every successful recovery begins with an acknowledgment of the mistakes made and a willingness to learn from them. 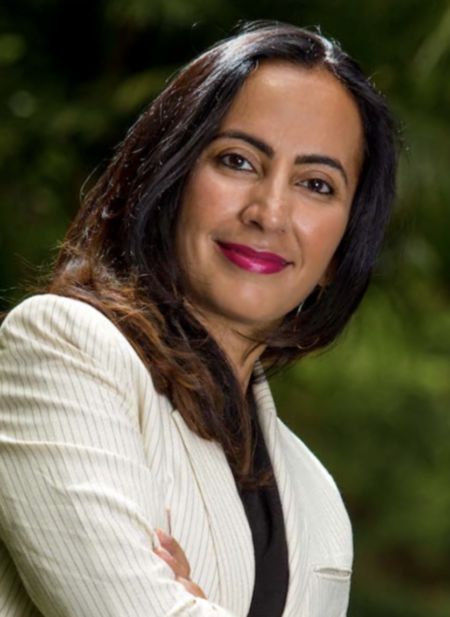 Komal Hassamal is from Mauritius. She is the Managing Director of Green Growth Solutions Ltd, a consultancy company. Her current clients are the UNDP and the African Development Bank. She has over 12 years’ professional experience in more than 23 countries in Africa and SIDS around the world. Her international organisations experience enabled her to develop her strategic & operational skills supporting developing countries to achieve their Sustainable Development Goals by conducting strategic policy dialogues and ability to design programmes to access climate funds. 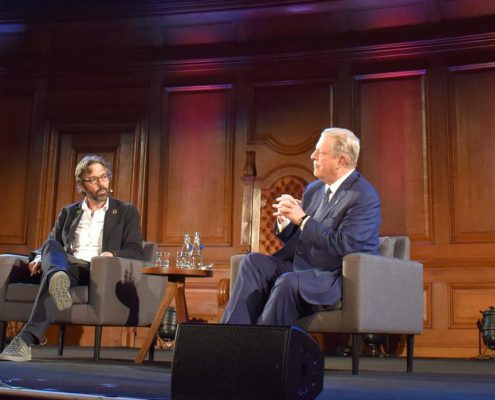 In the middle of a torrential downpour in London, former Vice President Al Gore took to the stage at the Emmanuel Centre to speak about the current state of the climate crisis and to raise awareness and support for The Climate Reality Project.
END_OF_DOCUMENT_TOKEN_TO_BE_REPLACED
https://www.theconduit.com/wp-content/uploads/2021/04/Page-1-Image-1.jpg 698 1030 Eddie Howell https://www.theconduit.com/wp-content/uploads/2021/04/theconduit-1080x430.png Eddie Howell2021-04-26 12:57:252021-04-26 12:57:25SOLVING THE CLIMATE CRISIS: AN EVENING WITH AL GORE 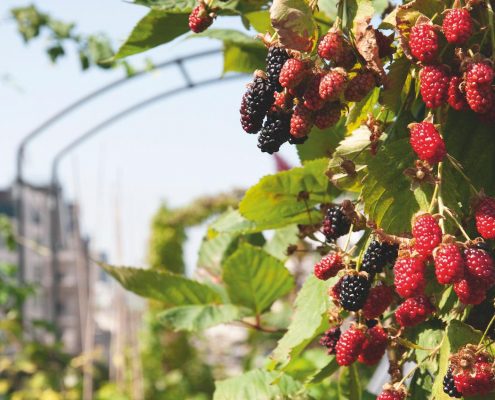 To celebrate ‘A Sustainable Life’, our podcast series created in partnership with Coutts, we chatted with Peter Flavel, the institution’s CEO, about balancing profit with purpose and staying relevant in a fast-changing world.
END_OF_DOCUMENT_TOKEN_TO_BE_REPLACED
https://www.theconduit.com/wp-content/uploads/2021/04/img6-32.jpg 850 1280 Eddie Howell https://www.theconduit.com/wp-content/uploads/2021/04/theconduit-1080x430.png Eddie Howell2021-04-26 12:34:412021-04-26 12:34:41PETER FLAVEL, CEO, COUTTS: “YOU CAN BE COMMERCIAL WHILST ALSO HAVING A STRONG PURPOSE” 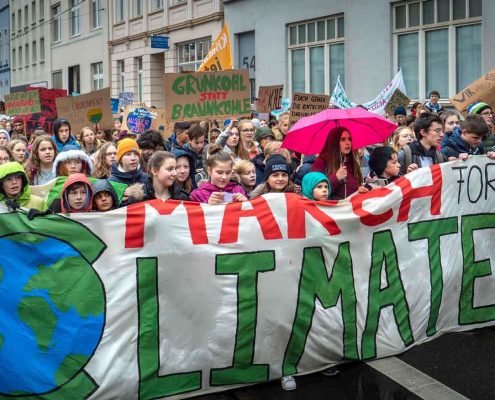 For London Climate Week, we invited four youthactivists (all under 23-years-old) working to tackle climate change to The Conduit, to share their missions, methods andchallenges. Here, they reflect on why they first became involved with environmental activism and share their calls toaction for the wider community.
END_OF_DOCUMENT_TOKEN_TO_BE_REPLACED
https://www.theconduit.com/wp-content/uploads/2021/04/img6-29.jpg 876 1296 Eddie Howell https://www.theconduit.com/wp-content/uploads/2021/04/theconduit-1080x430.png Eddie Howell2021-04-26 11:40:172021-04-26 11:40:17MEET THE YOUNG ACTIVISTS FIGHTING FOR THEIR FUTURE
FROM MONOLOGUE TO DIALOGUE: RECONNECTING WITH NATURE AT A TIME OF CRISIS

10 TIPS FOR BECOMING AN ACTIVIST IN 2020
Scroll to top